General to vote in his first general election 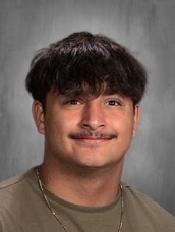 Some Clarksville High School seniors are planning to cast their first official votes this election day. Eric Ramirez turned 18 over the summer. Under Indiana law, that makes him old enough to vote.

Voters get their say in several high-stakes races including U.S. Senate, U.S. Representative, State Senator, State Representative,  Clark County Sheriff and Clark County Prosecuting Attorney. Clarksville School Board seats for District 3 and 4 are also on the ballot. In both of those races, incumbents Bettye J Davis Crag (District 3) and April Hauber (District 4) are running unopposed.

Ramirez has been researching the candidates he’d like to vote for in Mr. Clark’s Government class. Students had to come up with things they liked or didn’t like about each candidate’s political position. “It was a great time to look up all the candidates and see who we liked. And it was easy,” Ramirez notes. 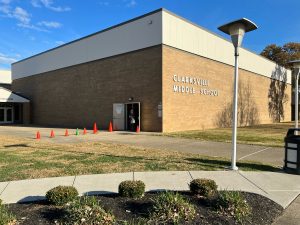 Since the polls are open until 6:00 p.m. he plans to go vote at Clarksville Middle School after school. “I’ve got to wait for my mom,” Ramirez explains. “She wants to go vote with me … because she’s happy that I’m voting.”